Ever since the Apple iPhone came out, we've been waiting for a competing "Zune Phone" from Microsoft. The Zune HD was released on September 15, 2009. And now Windows Phone 7, which takes many concepts from the Zune HD, is scheduled for release later this year. But despite all of these cool new features, is it a step backwards in technology? 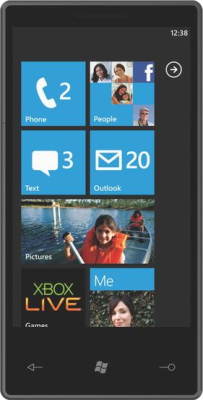 I love the iPhone OS, but it's the lack of choice that really kills the experience for me. I can't find a phone with a physical keyboard, or expandable storage, or a different-sized screen, or even a mouse. Being a Windows guy, I purchased a Windows Mobile phone and am happily using it. But although you get far more choices with Windows Mobile, you get a sub-par, outdated user interface.

Why Do People Use Windows Mobile?

Smartphones – pocket computers with phone functionality – were originally intended for corporate and tech-savvy users, not the average Joe. Windows Mobile was intended for corporate execs, businessmen, system admins, and other such persons living fast-paced or technology-oriented lifestyles. Thus, functionality was a priority while appearance was second in class. And until the iPhone came out, people didn't have an issue with "ugly" interfaces, simply because there was nothing to compare to.

Windows Phone 7 aims to improve on the bad points of Windows Mobile. But in so doing, it introduces many of the shortcomings of the iPhone... 3 years behind the competition.

The Good: A Fresh User Interface

Now I'm not a huge fan of the new Windows Phone 7 "Metro" user interface, but it does illustrate a good point: the current Windows Mobile user interface is really lagging behind the iPhone and Google Android devices, to name a few. The new interface greatly simplifies the experience of using such a phone.

The Bad: Apple's Mistakes All Over Again

The original iPhone was a success, but that doesn't mean it didn't have various shortcomings which people complained about to no end. These "features" of Windows Phone 7 seem like the iPhone all over again.

Microsoft's hardware requirements for Windows Phone 7 specifically mention that the phone must not include a user-replaceable expansion card slot. This means no microSD cards. Seriously, this is one of the first things people complained about when they got iPhones... even most cheap feature phones or "dumbphones" have microSD expansion slots nowadays.

A faint glimmer of hope: some (not all) phones will contain internal "non-user-replaceable" microSD cards buried behind the battery somewhere. You can bet that unless the thing is soldered in place, I will definitely be willing to upgrade my storage even if it involves partially disassembling the phone.

No manual installation of applications

Yes, now we're stuck with another App Store equivalent, with Microsoft having more or less totalitarian control over which applications can be installed on users' devices. No more copying installation files onto storage cards and then manually installing applications from any source. This is one reason that I chose Windows Mobile over the iPhone... and another reason that I don't plan on buying a Windows Phone 7 device.

Yet another thing I love about Windows Mobile is the fact that I can browse through every single folder on the device, much like I can on a computer, with no 3rd-party software to install (and there is plenty of 3rd-party software available, including Total Commander CE). But Windows Phone 7 will have no direct access to files; rather, information will be organized into "hubs". This actually seems like a good idea, until you end up with the inevitable file you can't find, and power users like myself just don't feel right without filesystem access.

No Flash or Silverlight support in the browser

This isn't exactly a shocker, but you'd expect Microsoft to at least support their own rich content platform in the browser. At least it won't be a huge thorn in the side compared to the iPhone's lack of Flash support.

No copy and paste support

Copy and paste is such a basic feature of any computer, it's a huge surprise that Apple didn't originally include it in the iPhone OS. Now Microsoft is making the same mistake, along with a promise that copy and paste will be implemented with a future update. Let's hope the update doesn't take 2 years to materialize.

Windows Phone 7 will support some basic 2007-iPhone-like multitasking, such as the ability to play music and surf the web at the same time, but the initial release will not allow 3rd-party applications to be run simultaneously. Come on, Microsoft... people have been complaining about the iPhone's lack of multitasking for years, and Apple has finally added this feature in the upcoming iPhone OS 4. This will make Windows Phone 7

I came up with the idea of the "NookkinPhone" several years ago, when the iPhone was still considered the latest piece of tech, and I'm quite surprised where Windows Phone 7 went in relation to that. Instead of moving "forward" relative to that conceptual phone design, it moved "backward".

So what do you guys think? Is Windows Phone 7 a leap forward in technology, or is it a step backward? And would you consider upgrading to a WP7 device?

Andy Cullip
I was beginning to think that I was the only one on the planet that doesn't like the WP7 interface. To me it is a huge backward step.

I have been using Windows phones for a few generations and love the functionality provided on the homescreen by SPB Diary, but it looks as though I'll have no choice but to lose that rich information when my TYTN II finally dies. In the meantime I'm hanging onto it for just as long as I can!

WM phones were fantastic primarily because they were so customisable - everyone could find an application out there that did what they needed. Now it seems we all have to put up with the same lousy tiled interface as shared between iPhone, Android and now Windows Phone.

IMHO there is now a huge gap in the market for a business-led phone. Blackberry have failed and Microsoft have left the market.

It seems that progress for Microsoft means having to copy the mistakes already made by other manufacturers.
Options: Reply | Quote | Flag / Report

nookkin
@Andy Cullip I actually like the tiles and "hubs" -- there's so much possibility. Imagine a "Files" hub that contains a well-organized and intuitive tree of files that the user dragged and dropped onto the phone, and an SDK that allows developers to build their own Tiles.

Sadly, Microsoft will probably never allow that to happen. They had so much potential, but they wasted most of it.

Android is probably the best choice for ex-Windows Mobile users. Although it does seem like a cheap iPhone imitation at times, it is also highly customizable -- in fact, it's open-source.
Options: Reply | Quote | Flag / Report

Andy Cullip
I wholeheartedly agree with your second statement; Microsoft have actually removed the ability to develop home screen replacements, which sadly brings me right back to square one.

Sadly none of the current tiled interfaces even comes close to giving me the data on the home screen that I've enjoyed for a few years now with SPB Diary. I tried an Android phone a while ago and just couldn't find an app to replace the functionality that I lost in giving up WinMo, so I ditched it and resurrected my old phone.

May my TYTN II go on forever and ever, amen.
Options: Reply | Quote | Flag / Report

nookkin
@Andy Cullip Have you considered upgrading to an HD2? It runs Windows Mobile 6.5 (with a finger-friendly HTC Sense layer that can be easily disabled), but it also features a massive 4.3-inch screen, 1 GHz processor, and 512 MB of RAM. Probably the most powerful Windows Mobile device ever built... and as an added bonus, it can unofficially run Android (even in a dual-boot configuration) and Windows Phone 7 to ease transitioning. My full review is here.
Options: Reply | Quote | Flag / Report

or
I have a Zune phone or Windows Phone 7 as you call it.
I'm really happy with it, and I hope other people will like it too
Options: Reply | Quote | Flag / Report